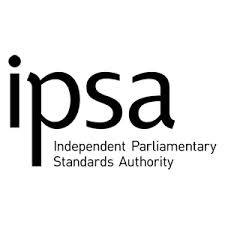 As the Maria Miller controversy rumbles on, what, nearly five years on, has been the impact of the MPs’ expenses scandal of May 2009? At the time it was compared to great political earthquakes such as Italy’s tangentopoli scandal. But the exact effects may be more nuanced.

The impact on Parliament, at least initially, was clear: a lost speaker, a record number of MPs stepping down and imprisonment for a few. A slow burn of expenses related scandals followed as individual MPs continued to leave or step down -in May 2011 David Laws left office only days into the Coalition and Denis Macshane resigned in November 2012. There was also controversy around George Osborne’s train tickets and in April this year the Mail claimed Conservative whips were leaking expenses details to intimidate opponents of gay marriage. Talk of a pay rise in 2013 kept MPs’ finances in the headlines. And now the Culture Secretary….

Did all this upheaval change Parliament? Did it force a new culture of openness? Interviewees for the project we worked on had mixed views. MPs felt they had been forced to open up and adjust, but officials felt that many had to be ‘dragged’ towards compliance. The Telegraph is not convinced.

The most significant effect was an end to the right of Parliament to ‘govern itself’. A new independent body, the Independent Parliamentary Standards Authority, was created to oversee expenses. The head of IPSA pointed out that ‘Regulators are very rarely at the top of the Christmas card list of those they regulate’ and, given its remit, IPSA was likely to be controversial. So it proved. Since its creation there has been a series of battles about MPs being landlords, poor behaviour and now IPSA is suing one member over their second home. Various politicians have spoken out against the new body with David Cameron hinting it must change or could go. Depending on your point of view, this conflict may be a sign of the success of the new system, its inherent unfairness (one MP claiming he borrowed money from his parents because of IPSA) or just teething troubles.

The ripples outwards also led to a brief but intense competition between Gordon Brown and David Cameron as to who could offer the most constitutional reform. David Cameron justified much of his reform agenda on reversing the effects of the scandal. Coalition proposals to reduce the size of the House of Commons and have a referendum on AV all drew on it as justification. Five years on, the first is on hold and the second was lost. Only the issue of Parliamentary recall (whereby electors can trigger an election if an MP misbehaves) keeps being resurrected as a kind of ‘look at what we are doing’ policy .

So what about the effect on the public? Research indicates the scandal had only a mild effect on voting patterns, and 2010 was not an ‘expenses’ election-see here and here– raising some interesting questions about the UK electoral system.

Neither is the scandal’s impact on public trust clear. Although the consensus was that it led to a fall in trust, this needs to be understood in context. First, trust in MPs fell from a low point. Second, to many the expenses scandal came as a confirmation of what they thought about politicians, not a revelation:

‘There has not been a fundamental realignment of views about MPs and the political process as a result of the expenses scandal…it has merely confirmed and hardened the public’s widely held scepticism about politicians rather than changed their views’ (2010, 3)

This briefing paper maps out some of the complications. Just to further confuse the picture, the most recent Hansard Society audit shows a rise in public confidence in parts of Parliament’s work. It also finds a fall in satisfaction in MPs’ work since 2010 (a year after the scandal).

The scandal did deeply impact on both Parliament and public but the effect is more nuanced than it appears. As a confirmation of the iniquity of politicians, expenses undoubtedly played into a growing anti-system or anti-politics mood among the public. So, instead of giving us constitutional reform, did MPs’ expenses, five years on, help give us UKIP?