Here’s  a draft of chapter on the state and impact of FOI in the UK from 2013, written by myself and Robert Hazell-click here Worthy and Hazell FOI in the UK. It’s based on the research done at the Constitution Unit between 2007 and 2012.

The summary is below:

‘Since 2007, the Constitution Unit based at University College London has studied the impact of the Freedom of Information Act on British central government (Hazell, Worthy and Glover 2010), English local government (Worthy, Bourke and Amos 2011) and Parliament (Hazell, Worthy and Bourke 2012). In all three cases we have looked at whether FOI has met six main objectives set for it by its supporters. We have also examined whether FOI has had an impact on the day-to-day operations of these bodies, either positively or negatively. This article is an extended version of evidence submitted to the House of Commons Justice Committee in 2012.’

You can also find it on SSRN.com 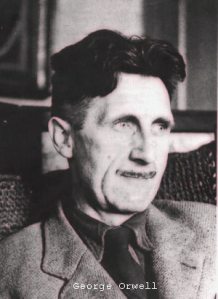 The Local Government Association has today published a list of 10 ‘silly’ FOI requests. While not arguing that all such requests are like this, the implied point is that FOI is being ‘abused’ (see Jonathan Baines’ great response).

This complaint fits with the comments of Tony Blair, that only journalists use it and use it ‘as a weapon’, and concerns from a whole stream of other ministers and officials that FOI stops records being created and hampers decision-making (see my post here). It also hints at another debate about the ‘cost’ of FOI, another equally unbalanced debate. There is a danger in beginning conversations in this way and creating a rather black and white ‘narrative’ of ‘failure’.

Underneath these high profile cases, our research found a steady stream of accountability stories over planning, car-parking and many other issues-just see David Higgerson’s FOI Friday. The Act also helped create IPSA, who regulate MPs expenses, led to a change in the law so all members of the House of Lords pay tax in the UK and drove the regular publishing of local government salaries.

This not to say there aren’t ‘silly’ requests (though ‘silly’ is very subjective as Jonathan Baines explains-many corruption scandals have been triggered by apparently pointless questions or the piecing together of small bits of information). I have seen them and heard of them. But they represent only a minority of cases are not and 10 examples tell us little about the estimated 253, 000 requests per year.[1] On the whole, FOI is composed of all sorts of questions, on all sorts of topics, sent in by all sorts of people and groups.

It is this unpredictability that helps make it effective. One local politician told me how ‘you never know what you will get asked’. The presence of FOI, the possibility of a question, can make someone think twice and even deter and stop them.

There is also a principle involved. The right to information, championed by radicals like the Levellers and Diggers centuries ago, means the right to ask questions (to misquote Orwell) that the powerful may not want you to ask.[2] It is a democratic right to ask and this may mean some silly use-just like voting may mean non-voting or ‘silly’ voting. Like all parts of a democracy, it is messy and unpredictable and can occasionally go wrong. But in its messiness and unpredictability lies its power.

[1] I’ve taken the last data on local government FOI numbers (from the Constitution Unit 2010) and added it to the 53, 000 central government requests to the MOJ for 2013. According to my calculations they constitute 0.00004 % of all requests (I’ve rounded it up).

[2] I shamelessly borrowed this from Orwell’s definition of liberty ‘If liberty means anything at all it means the right to tell people what they do not want to hear’ (from his unpublished preface to Animal Farm) and tried to rework this to fit transparency: ‘Transparency is the right to ask questions those in power don’t want asked and look for information they don’t want us to see’.