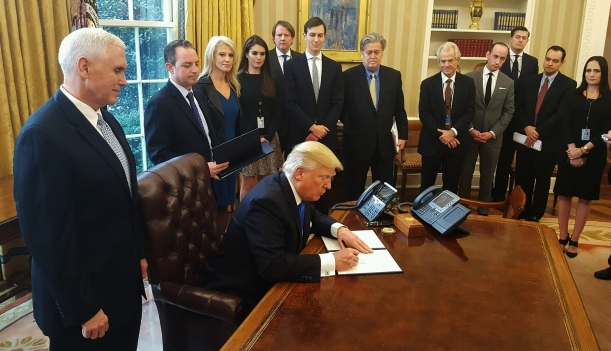 (ii) If they are records, are they then Impeachable Tweets? This article argues that ‘Trump’s admissions on social media alone provide enough material for Congress to remove him’.

(iv) FOIA is getting worse in terms of response, delay and blocking.

(v)FOIA is not popular: AG William Barr complained, in a rather bizarre speech (does he make others?), about the ‘harassment’ of questions and subpoenas about these sill questions about whether the president was making illegal deals to undermine US democracy:

The costs of this constant harassment are real.  For example, we all understand that confidential communications and a private, internal deliberative process are essential for all of our branches of government to properly function.  Congress and the Judiciary know this well, as both have taken great pains to shield their own internal communications from public inspection.

He went on to complain that letting the public ask what was happening stopped government doing valuable work for the public. The people were getting in the way of the people.

There is no FOIA for Congress or the Courts. Yet Congress has happily created a regime that allows the public to seek whatever documents it wants from the Executive Branch at the same time that individual congressional committees spend their days trying to publicize the Executive’s internal decisional process. That process cannot function properly if it is public, nor is it productive to have our government devoting enormous resources to squabbling about what becomes public and when, rather than doing the work of the people.

(vi) FOIA is not popular part 2: Some hugely experienced officials and diplomats were assigned to FOIA duties as punishment and retaliation for their work with Obama, according to this IG report:

In two of the other four cases the IG investigated, career civil servants (“employees two and three”) alleged that Trump administration officials retaliated against them for their supposed ties to the previous administration and its policies. They did so by assigning them to rote administrative work reviewing Freedom of Information Act (FOIA) requests despite their extensive foreign policy experience and the utility they could have provided to a policy office.

(vii) FOIA is making things worse for Trump part 1: emails have revealed Pompeo-Giuliani contacts. Everyone is being dragged into the vortex.

(viii) FOIA is making things worse for Trump part 2: Watchdog Property of the People used FOIA to expose the fact that there were ‘about $138,000 in Department of Defense payments to Mar-a-Lago and other Trump properties, over $1,700 in General Services Administration payments to the Trump International Hotel in D.C. and other Trump properties’. These payments ‘are strong evidence of Trump’s violation of the Domestic Emoluments Clause, and they belong in any forthcoming articles of impeachment’.

(x) And I haven’t yet mentioned his tax returns that were subject to a new law in California (now struck down) and now await the verdict of the Supreme Court.

(xi) Or the fact that several members of his own family have been accused of evading records laws by using private emails. Including Stephen Miller, whose earlier email habits consisted of firing off far-right talking points.